(Originally penned and posted on May 17, ARSH 2012. The conclusion and warning about the “brutality of totalitarian oligarchy being proportional to the effeminacy and cowardice of the men in a conquered culture” was taken at the time by many people as the ravings of an unhinged spinster, detached from reality and warning of things that could never, ever happen in the U.S.A.

Today is the Feast of the Ascension of Our Lord. Forty days after the Resurrection, Jesus ascended into heaven in the sight of a rather large crowd of His disciples. It was very dramatic, as the sight of a Man levitating straight up into the sky and passing into the clouds and out of sight would tend to be. Imagine a Saturn V rocket or Space Shuttle launch, except a Man, who was just in front of you, speaking and eating with you, suddenly zoomed straight up into the clouds like a Saturn V. This isn’t a fairy tale. This really happened. Can you imagine how simultaneously terrifying and wonderful such a sight would be? The word for it is the overused-to-the-point-of-being-meaningless word “awesome”. The Ascension was AWESOME.

Anyway, the gospel for today’s Mass in the 1962 Missal is the Markan account of the ascension, and it ties perfectly into what the recent topic has been around here, namely the feminizing and attempted reduction of Our Lord into a brainless, castrated, impotent equivalent of a pet dog who is too stupid to relate to us in any way more sophisticated than “slobbering us with kisses.” In the modernist, post-conciliar milieu WE are the master. WE call the shots. WE are the arbiters of truth. WE are the standards of goodness. Jesus? He’s the the dog. Pat him on the head, put some food in the dish, and let Him out to pee once a week. And if He isn’t all slobbery kisses and if He gets underfoot, or barks, or becomes in any way inconvenient, well, we’ll just put Him down and go find some other dog, and then we’ll name THAT dog “jesus”.

At length He appeared to the eleven as they were at table: and He upbraided them with their incredulity and hardness of heart, because they did not believe them who had seen Him after He was risen again.

He UPBRAIDED them. He didn’t “slobber them with kisses.” The Risen Christ, Resurrected and Transfigured in Glory UPBRAIDED them for not believing.

Here is the Merriam-Webster definition of “upbraid”:

He chewed their asses. Up one side and then back down the other.

Think about this. He is minutes away from ascending and instead of “slobbering them with kisses” Jesus Christ, in perfect charity and complete love, in order to make absolutely certain that they got His message and understood exactly what was going on and what they were expected to do so that they and the rest of the world could hear the Gospel, criticized them, found fault with them, reproached them, and scolded them. Vehemently.

And then, after getting their butts chewed by God Almightly, they watched Him ascend to heaven in a terrifying and awesome display, the purpose of which was to put an exclamation point of masculine command on the Great Commission to go forth and spread the Gospel to every corner of the earth. He could have just disappeared. He could have walked off into some trees and vanished without any drama. But He didn’t do that. He went all Saturn V on them. 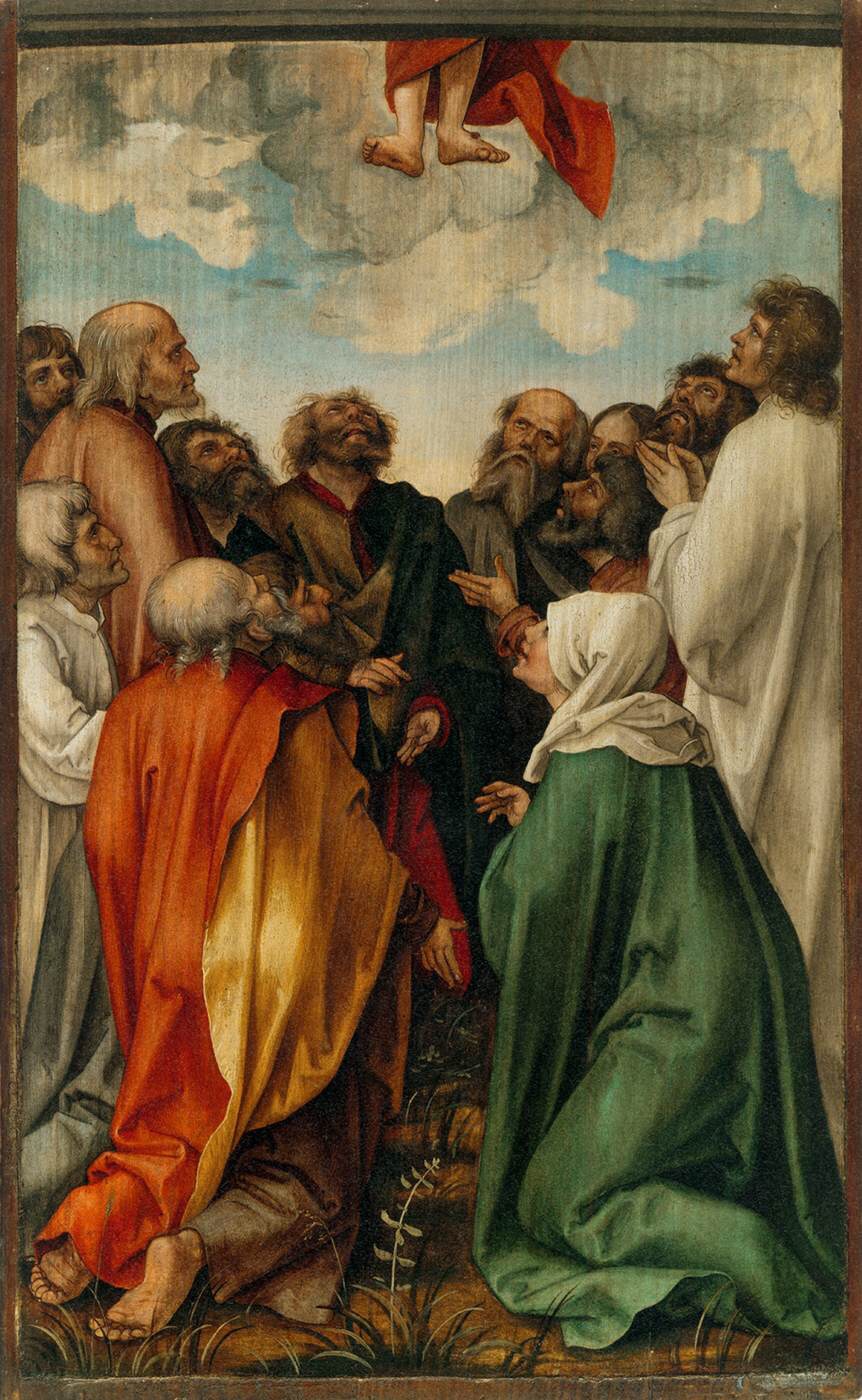 And you know what? That’s exactly what those people did. They went forth and spread the Gospel, and most of them were executed for doing it. Why? Because masculine strength is inspiring and beautiful and attractive and good – these are Godly qualities. Masculine strength says, “I care enough about you to chew your ass, and I want you to follow me into battle and fight beside me because I think you’re worth it and I believe in you. But you need an ass-chewing, and I’m going to give it to you.” Think Patton. Think Aragorn (fictional). Think Charles Martel. These leaders are mere types that point to the ultimate Man and Leader of Men, Jesus Christ.

But, as I said, the Marxist-homosexualist infiltrators have purged all of this from the Liturgy, the priesthood and the Church so that you are primed to be rolled by the State and will refuse to fight for Truth, Goodness, Beauty or Justice. Who are you going to follow? Are you going to follow “superfun girly pacifist jesus”, who is really the non-existent imaginary friend of countless homosexual priests and bishops, and a mere fictional propaganda mascot of the Marxist infiltrators, who could not give any less of a crap about you, or whether you end up in heaven or hell? Imaginary “girly jesus” wants to slobber you with kisses so you’ll LIKE HIM, and who, conveniently enough, ratifies and encourages the sin of COWARDICE.

The brutality of a totalitarian oligarchy is DIRECTLY PROPORTIONAL to the cowardice of the men of the non-oligarch “underclass.”

I am hard-pressed to think of a more cowardly population of men than the men of contemporary Western Christendom.

You do the math.

(The Covidic Religion took totalitarian political control of the post-Christian west seven years and ten months after this was written.)