[This piece was originally penned and posted on 28 February, ARSH 2013.  Yes, the very day that Pope Benedict fled the Vatican in the mistaken belief that he had renounced the “active” Petrine Ministry, whilst retaining the “contemplative” aspect of and participation in the Papacy, thus surrendering the Sheep to the wolves, who promptly installed a blaspheming heretic antipope, Jorge Bergoglio.  Remember, this was written two weeks before Bergoglio’s faux-election. It is far, far more relevant now than it was three years ago.]

Truth and beauty are both constitutive qualities of God. Things that are true are true BECAUSE they are congruent with or of God. One plus one equals two not because your teachers said so, or because centuries ago a bunch of really smart Greek guys took a vote and decided that was how it was going to be. No. One plus one equals two because mathematical truth, as a subset of all truth, is contained in God Himself, and it is thus extant within His creation, and beyond that is a way for us to see and know Him. “The heavens shew forth the glory of God, and the firmament declareth the work of His hands.”

But what happens when the truth is actually ugly? Does it lose the beauty intrinsic to truth? Should ugly truths be suppressed? Should painful truths be hidden, or even denied?

Goodness gracious this is so important. Please pay good attention to this.

When the truth is ugly, it must STILL be declared. Boldly. Loudly. Persistently. Failure to declare ugly truths is itself an act of dishonesty, a bearing of false witness, and it makes impossible any attempt to push through the superficial ugliness and get to the pure, holy beauty beyond. If you refuse to declare ugly truths, then progress (in the good sense of the word) is halted. Everything stops and the only direction that has any freedom for movement is BACKWARD, away from truth, and thus away from God Himself.

Guys, this dynamic is EVERYWHERE around us today, and it is why civilization is going to implode any day now. No one will declare any ugly truths, and thus we have hit the wall as a civilization.

The Catholic Church has been massively infiltrated by a cabal of Freemasonic-Marxist-homosexualists who hate God and are actively trying to destroy His Church from the inside out. In excess of 90% of ethnic Catholics in the west have stopped attending Mass in the last 50 years since the Freemasonic-Marxist-homosexualists destroyed the Mass and began preaching Marxism, tolerance of infanticide and sexual deviancy. Anyone who says otherwise is simply a liar. They are bearing false witness, no matter what their motivation.

The entire global economy and financial system are massive, mathematically impossible Ponzi scheme and debt bubble that can never, ever be repaid with “money”. The economy WILL collapse, there will be war, and there will be a settlement of debt via landmass reallocation and blood. At the top of this list of mathematically impossible and unfixable Ponziconomies is the former United States of America. FORMER.

Democracy or representative democracy beyond the local level simply does not work. Stupid people should have say over their own lives and households, but stupid people should NOT have a say or vote over any system that affects other people. The ugly truth here is that there are within the human population spectrums of intelligence, practical ability, management skill, psychological fitness and moral fitness. The higher the level of governance, the more of these qualities leaders must possess, and a leader or leaders at the highest level should possess ALL of these qualities in abundance. Today, the world is literally being run by people who are mentally and functionally retarded, with many of them being sociopaths, psychopaths or at the very least Diabolical Narcissists. The current political order will never, ever, ever fix any of this. Anyone who promulgates hope in “elections” is bearing false witness, no matter what their motivation.

Islam is an evil totalitarian political system from the deepest, blackest pit of hell, masquerading as a faux-religion. It was consciously set up that way, and must be exterminated from the face of the earth without remorse in order to save the souls trapped inside of it and to prevent any more people from being victimized and destroyed by it. Period. Anyone who says anything else is bearing false witness, no mater what their motivation.

These are just four macro examples. I could go on and on and on. Now, an interesting question for YOU. Why are you here? Why do you read me? Why are you all so attracted to my jeremiads? My stock and trade rhetorically is basically talking about horrific, ugly truths that no one else will talk about. Why are you attracted to that? Why do I get all of these emails and hand-written letters describing me as “a breath of fresh air” and the JOY people experience from reading my essays and watching my videos about horrifically ugly truths?

Because ladies and gentlemen, TRUTH is BEAUTIFUL. Even when it reveals something so ugly that you can barely stand to look at it.

If you haven’t figured it out yet, the ultimate manifestation of this is Christ Crucified. This is why we have crucifixes – not just crosses but crucifixes with Christ nailed to the Cross. The crucifix is the most beautiful image in the world, because it reveals the most beautiful truth in the world by first making us push through horrific ugliness. The horrific ugliness is God Incarnate, perfect and sinless, whipped until He is skinned and nailed naked to a tree BECAUSE WE PUT HIM THERE BY OUR SINS. How can this possibly be beautiful? Because it is the complete expression and manifestation of God’s love for man. When man asks, “Is there a God and does He care about me?” the only way to fully answer that question is by showing him an image that is so horrific that it makes us wince and look away. But then we look back. And look. And look. And look. Because what we are looking at is TRUTH, and truth is beautiful, but only so long as we don’t try to “clean it up” or make it “easier to swallow”. When you try to make ugly truths either more palatable, or even try to obscure them all together, you are embracing a lie. God died a horrific death for your sins and thus your sins CAN be forgiven because first you ARE a sinner, and your sins are HORRIFIC – but you have to have the antecedent before the corollary: you have to have the CROSS before you can get to the Resurrection.

The Catholic Church HAS been massively infiltrated and suffered a massive destructive catastrophe in the last 50 years at the hands of Freemasonic-Marxist-sodomites. [A blaspheming, heretic antipope has usurped and is squatting upon the See of Peter and is wreaking destruction and scandalizing souls unto eternal damnation on a scale never before seen, or even thought possible.] Until this is acknowledged and acted upon with holy, virile intransigence, there will be nothing but continued erosion and destruction. The global economy is going to collapse. The United States of America no longer exists. Beating dead horses is insane. Nothing will happen until civilization seeks a new horse. A major war is going to have to be fought to purge the earth of islam and save the people of good will trapped within it. Islam is a cancer, and cancers must either be cut out, or they will kill you.

Denial of ugly truths only leads to more and more ugliness. Denial of ugly truths is exactly what satan wants. Satan wants humanity to believe that there is no sin, there is no hell, everything is just fine in the Church and there is no problem – especially with sodomite priests and lesbian nuns, one plus one equals seven or thirty-four or whatever you want it to equal, government can solve all of our problems – not that there is anything wrong to begin with, infinite amounts of free stuff can be distributed and theft can be executed by oligarchs ad infinitum with zero consequences, and if we will all just hold hands and have a group hug we can all get along and coexist.

The Truth is a beautiful thing, no matter how ugly it appears on the surface, it must first be shouted from the mountaintops in order to have ANY HOPE of pushing through to the other side, which is nothing less than God Himself. 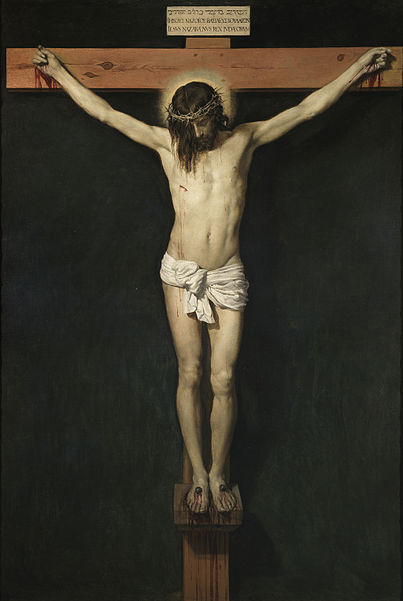 The Worst Thing That Has Ever or Could Ever Happen – is also the most irresistibly beautiful image in the universe.