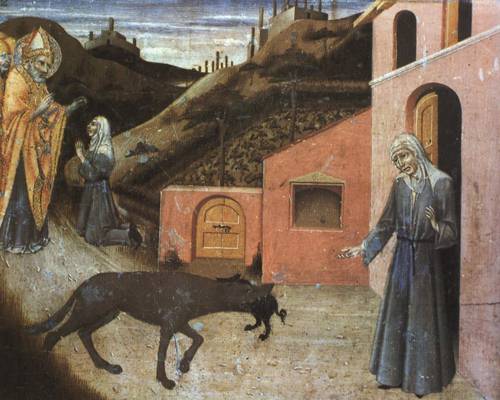 Predella Panel from Stories from Life of St. Blaise: The Wolf Returning the Pig to the Poor Widow, Sano di Pietro, 15th Century

Today is the feast of St. Blaise.  He was a physician who became a bishop and was martyred in the persecution of the governor of Cappadocia and Lesser Armenia, Agricola, under the Emperor Licinius in ARSH 316.  St. Blaise was, before being beheaded, essentially skinned alive by being scraped with iron combs.  It is edifying to me that the Church has assigned saintly patronages with an undeniable sense of humor, reminding us to laugh at death.  St. Blaise, because he was skinned alive with iron combs, became the patron saint of wool producers – because wool fleece, when processed, is combed with metal combs. 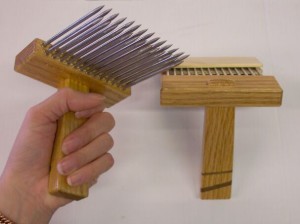 But my favorite St. Blaise story is of the old woman who came to him because a wolf had absconded with her pig.  St. Blaise, being good with animals to say the least, promptly found the wolf and commanded it to return the old woman’s pig.  The wolf promptly complied, returning the pig whole and unscathed.  Because it is a low-down dirty thing to steal pork.  Hands (and paws) off the sweet, sweet swine.  When St. Blaise was imprisoned and awaiting his execution, the same old woman brought him candles for his cell.

St. Blaise, pray for us, and by your intercession may we always be protected and delivered from those who would steal our pork.