Whisk together until the brown sugar is dissolved.  Pour over steaks in a big Ziploc bag and let marinate for at least four hours, up to 24.  Just be sure that the steaks are allowed to come up to room temperature before going on the grill.  Putting cold steaks on the grill is a sin against nature.  Don’t do that.  Don’t ever do that.

I whipped this up ad hoc not long ago in order to augment some round steaks that a friend in Riverville had somewhat inadvertantly bought for the grill.  Round steaks are from the butt, and are thus tougher and less marbled than ribeyes and strips, and thus need “help”.  When these came off the grill, grown men cried.  True story.  This would also be fantabulous with flank steak or skirt steak.

2.  Sorry again for the shameful lack of posts.  I dunno.  It’s just slightly deflating to see all of this monumental, evil stuff going on, and the top headline on Drudge is “Joan Rivers Plays Heaven”.  Yeah.  Because the completely expected death of an 81 year old woman who was addicted to self-mutilation, who had herself anesthetized in a doctor’s office, and was a fifth-rate “entertainer” at best, is clearly THE MOST IMPORTANT THING IN THE WORLD.  You betcha.  Let’s canonize JOAN RIVERS.  Next you’re going to tell me we should canonize Paul VI Montini.  Oh, wait….

3.  And then I go to sites like Ace of Spades and they are still, STILL trying to parse Obama and the Obama regime from the false premise that Obama and the regime are NOT the malignant, psychopathic (incapable of feeling shame or guilt), sworn enemy belligerents of the American people and milieu that they are.  What can Obama be THINKING??  How could he possibly be so INEPT?  Well, what Obama is thinking is, “I’d sure like to smoke some crack and then be fellated by one of my male concubines.  It’s been six hours since the last time I smoked crack and was fellated.  I gots to get me some crack and fellatio.  Somebody bring me some crack.  And then **** my ****. ”

Meanwhile, Obama’s handlers are thinking, “It’s all going according to plan.”  Because it is.  It’s all intentional, conceived long ago with malice aforethought.

4.    In my Economics YouTube presentation, I discussed the secession movements in Scotland (from the UK), Catalonia (from Spain), and Venice (from Italy).  Scotland is now polling at 51% with momentum in favor of secession, with the referendum on September 18th.  Here is my take on this.  Scotland is a grotesque welfare piglet, suckling off of the x-rays being emitted by the financial black hole of doom that is London.  So, if Scotland secedes, Scotland will fail and collapse, because that is what welfare states do.  BUT, in the interstitial euphoric period, the Scottish secession, if it happens, will provide massive encouragement and momentum for the Catalonian and Venetian movements.  Scotland could be the spark that sets off a chain of sovereign delinkages.  I advocate the return of Italy into its natural three or four separate states – with separate, competing currencies!  Only this will allow the south of Italy to ever get on its feet – oh, and also a heckuva lot of mafiosi will have to be publicly executed, too.  The Italian Republic is a purely synthetic fiction.  But what is very troubling is the Catalonian independence movement in Spain.  Catalonia is the stronghold of the resurgent Andalusian branch of the New Caliphate.  An independent Catalonia would effectively be the first foothold of the Caliphate on the European continent.

5.  So, um, turns out that Cardinal Timmy Dolan up there in Nueva Jork really and truly is an unmitigated jackass, as I have been screeching and caterwauling for YEARS, huh?  I was going to write a huge screed, but then I saw Mike Voris’ Vortex on Dolan from earlier today, and he says exactly what I was going to say.  The only thing I will add is from the little preamble in my Missal for yesterday’s Mass, the 13th Sunday after Pentecost:  “We ask for the virtue of charity, which renders us lovers of the Divine Law, and practicers of it.”  As Mike reiterates so well, Dolan gives every appearance of despising the Divine Law, and thus suffering from a complete dearth of charity.  The man would sell his grandmother to the Nazis in exchange for a tepid round of applause.  He seems to not care one iota, that is to say is completely indifferent to Our Lord and about the souls of other human beings, and cares only for his own earthly, worldly acclaim, to the point that he will now embrace and cheer men who shove their erect penises up into the feces-laden rectal vaults of other men, and then use said rectal vaults as the point of friction for masturbation; a crime against God, nature, one’s self and one’s neighbor that is so vile that it causes even the demons to withdraw in disgust, cries out to heaven for God’s vengeance, and makes Our Lord, Incarnate, in His own words, “nauseous”.  Remember, indifference, not hatred, is the opposite of charity.

Oh, and all of you neo-conservative Novus Ordo “everything’s awesome here in the new springtime of the Church” Catholics for whom Dolan has been a hero, SHAME ON YOU.  Shame on you for not instantly seeing through this OBVIOUS charlatan. The man could not be any more insincere, smarmy, and sleazy in his comportment.  I’ve seen bottles of Mexican champagne that projected more sincerity. The evidence has been right in front of you for years, not the least of which is his raging hatred of the Holy Sacrifice of the Mass, the Mass of the Ages, as offered from the Last Supper up until the Asteroid (™) impacted in ARSH 1969.  Y’all need to come to grips with the fact that hatred of the Old Mass is a surefire indicator that something is terribly, terribly wrong with a given prelate, priest or layman.  Preach on, Mike:

6.  As an addendum to my “We Should Be Ashamed” post, here is a fantastic piece that was published over at Rorate Caeli called “Post-Christian and Secular: The Loss of Pudor”.  A friend pointed it out to me by saying, “Oh, it sounds just like you, except… GOOD, and with Scripture, and quotes from the Aeneid.”  Wisenheimerus.

7.  Yes, I fully agree with Laurence Kotlikoff’s warning that the SIPC (Securities Investor Protection Corporation – like the FDIC but for securities accounts) is an insurance scam and with his warning to clear out of all brokerage accounts.  Obviously.  We knew this already from the MFGlobal theft and subsequent rape, which SIPC was fully complicit in.  It is what I’ve been screaming since MFGlobal in November of ARSH 2011.  Kotlikoff rightly warns of SIPC not only NOT insuring the theft of customer funds, but of the SIPC declaring any and all failed custodial firms or funds as Ponzis, and thus enabling SIPC to CLAW BACK any funds that may have been withdrawn prior to the collapse.  Yup.  Not only will they not insure customers, they will sue you if you prudently manage to get out of the system showing any sort of a profit on the account.

Here is an interview I did with Warren Pollock back in ARSH 2012 in which we touch on this idea, and how legal precedent has been set via a non-reported but desperately important legal decision from the 7th Circuit involving the collapse of a Chicago Ponzi scheme called Sentinel.  The Sentinel ruling essentially said that ANY person or entity that deposits money into a custodial account gives up ALL PROPERTY RIGHTS to that money, which then becomes the property of the Ponzi which it then uses (“rehypothecates”) as collateral to margin its own mega-levered proprietary trading schemes.  And when it collapses, the bankruptcy courts, exchanges, regulators, FEDGOV and alleged “insurers” will all collude to funnel every dime of collateral belonging rightfully to you, the great unwashed, to the mega-bank counterparties, including clawing back money that you pulled out of the system before the collapse.  Just like they did with MFGlobal.  Thankfully there were no clawbacks in the MFGlobal rape, but it was being discussed – seriously.

Many, many people deride and disdain Cassandras like me, Warren Pollock and Karl Denninger because we have been warning about this for years and the system hasn’t gone “nuclear meltdown” yet.  Now do you see why we have been warning for years, not concerned with trying to pick “the top of the bubble”?  Do you think it was better for people to pack up and leave Germany YEARS before the war started, or was the best move to wait until the day, or the hour before the bombs dropped on their specific house?  The sooner you get out and the more temporal distance you put between yourself and “ground zero”, the better off you will be.  People who have been out of the system for two or three years will be much safer vis-a-vis clawback than people who are just now getting out.  And really, what it all comes down to is if you see and understand what is inevitably coming, you are morally obliged to  move and make ready immediately, and not cravenly speculate and tempt God by hanging around trying to play a bubble.  There’s no free lunch, people.  You mess with the bull and you get the horns.  Every time. 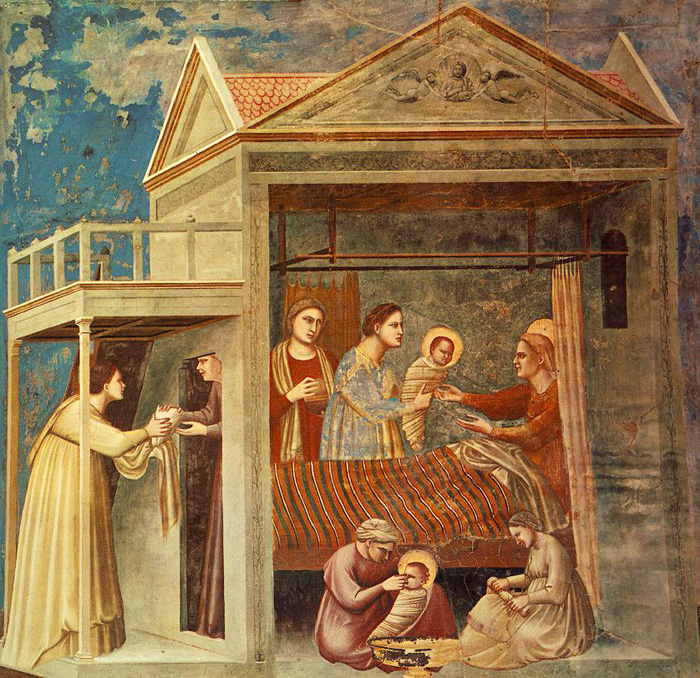 This is the explanatory preamble from my missal for today’s feast, the Nativity (birth) of the Blessed Virgin Mary (nine months to the day after the Feast of the Immaculate Conception, naturally).  I thought it quite beautiful and timely, for those of us feeling the weight of the darkness of these days:

At the time of Mary’s birth the whole world was plunged in darkness.  The heathen nations were steeped in vice and pride.  The Jews, beloved of God, had strayed from Him.  Everywhere there was sin and gloom, no bright spot on the face of the earth.  But when Mary was born a light arose amidst the darkness:  the dawn of the glorious day that was to usher in the Redeemer.

Remember, The Blessed Virgin was born with the egg that would be fertilized by the Holy Ghost and thus incarnate Our Lord already in her ovary, fully-formed with half of Our Lord’s DNA, just waiting.  Who knows what foundations and groundworks He has laid on the earth and in our lives, already extant or partially so, just waiting to be completed and realized in the fullness of time according to His will?